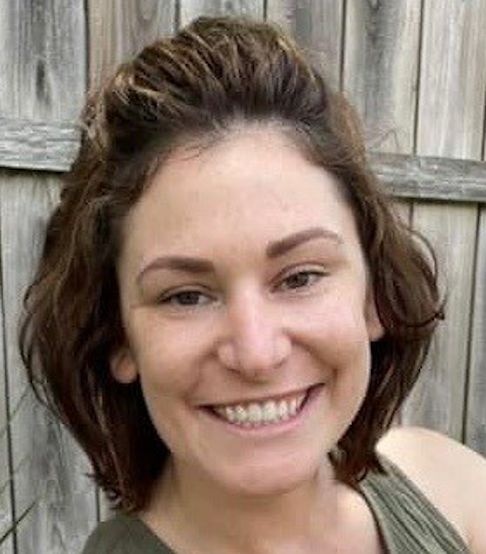 Angela Marie Pappas, formerly of Appleton, WI was born to Eternal Life on November 7, 2021, at the age of 29.

Angela was Born to Life to Mike and Julie (Pfeiffer) Pappas on June 2, 1992.  Angela graduated from Appleton East High School in 2010. While in high school, Angela was active in soccer, dance, volleyball, and the Health Occupational Student Association.  Angela knew from an early age that she wanted to work in a field that helps others and incorporate her healthy lifestyle.

After high school, Angela attended St. Louis University (SLU) completing the Doctorate Program in Physical Therapy in May 2016. While in college, Angela was a member of Delta Gamma (DG) where she continued her philanthropy work and met some lifelong friends. Despite her intense studies she was able to enjoy a semester abroad in Madrid, Spain. While abroad she traveled to Dublin, Morocco, Norway, Belgium, as well as 12 other destinations in just 18 weeks. Angela’s passion for adventure sparked again during her clinical rotations where she spent time in Little Rock, Memphis and Umbria, Italy.

Angela had an intense passion for public and women’s health. She participated on the Junior Board for the Worldwide Fistula Fund which provides restorative and educational services for mothers injured in childbirth. Angela decided in 2019 that she wanted to pursue a certification in WCS (Women’s Health Clinical Specialist). Somehow, she found time to study in between working full-time and battling cancer, earning this certification in 2020. In true Angela fashion, she would not let anything stand in the way of her obtaining her goals. Angela worked at Northwestern Medicine in Chicago shortly following graduation, specializing in Women’s Pelvic Floor. This choice was an easy one given that the love of her life, Pat Morrissey, lived in Chicago.

In their time together, Angela and Pat enjoyed getting out of the city and adventuring throughout the world. Angela was spontaneous and free-spirited, and she shared this side of herself with Pat throughout their 10 years together. They were able to enjoy trips to Ireland, Mexico, Arizona, Colorado, and her favorite place on earth — Michigan. If they weren’t traveling, Angela and Pat enjoyed bike riding, co-piloting with Pat, swimming, walks, gourmet cooking, and sunsets. She was a sucker for a good sunset.

Angela was promoted to “Auntie” on June 6th, 2021. Angela cherished the title and did not waste a single opportunity to snuggle, love, and spoil her niece, Scotlyn — buying her all the top-of-the-line baby products and never showing up to a visit with Scottie empty handed.

Angela found comfort in retail therapy — especially researching and discovering the perfect gift for every individual and occasion. Angela was a ‘foodie’ and a fine wine connoisseur, thanks to time spent living on a vineyard in Italy. Angela lit up a room with her infectious smile and confidence. She had such a love for life, people, and adventure. She was fiercely independent, brave, and strong until the very end. Think of Angela when you have a glass of red wine or when you see a beautiful sunset.

Angela is reunited in death with her father Mike, brother Andrew Pappas, grandparents Jim and Mary Pappas and Jeanne Pfeiffer Ewens and other family and friends.

The funeral liturgy for Angela will be held on Saturday, November 13, 2021, at St. Bernadette Catholic Church, 2331 E. Lourdes Drive, at 11:00 AM with Fr. Joe Dorner officiating.  Visitation will be held at the church from 9:00 AM until the time of services. Private interment at St. Mary Cemetery. For those unable to attend in person, Angela’s funeral liturgy will available via livestream on Saturday, November 13 at 11 AM on her obituary page. In lieu of flowers, memorials to the Worldwide Fistula Fund in Angela’s name are appreciated.

To order memorial trees or send flowers to the family in memory of Angela Marie Pappas, please visit our flower store.