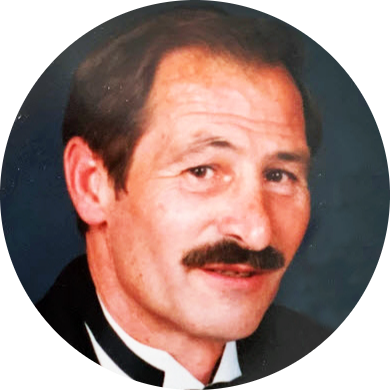 Andrew Charles “Andy” Cascarano, 83, of Bonita Springs, Fla., passed away Wednesday, Feb. 23, 2022, with his beloved wife and children by his side.

Andy was born March 7, 1938 in Lake Forest, Illinois, the son of Nicholas and Lillian (née Maki) Cascarano. Andy grew up in Lake Forest with his two brothers, Nicholas and Donald Cascarano. He graduated from Lake Forest High School in 1956 and then enlisted in the United Sates Army and served with the 82nd Airborne Division as a Paratrooper. After the Army, Andy went on to become a skilled tradesman as a carpenter.

In 1960, Andy married his high school sweetheart Laurann “Laurie” (née Gustafson). Andy built his home in Lake Bluff, Ill., where he and Laurie raised their two children, Lisa and Alan. Andy was a kind, gentle, hard-working man who was as true, good-hearted and loyal as they come.

To order memorial trees or send flowers to the family in memory of Andrew "Andy" Charles Cascarano, please visit our flower store.