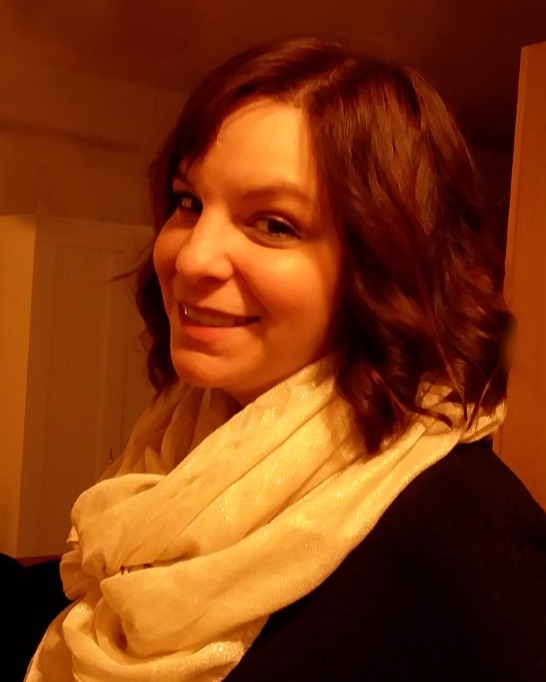 Amanda Maye (Gast) DeCoster of Appleton, WI, passed away peacefully at home in her sleep on Saturday, October 29th.

Amanda was born on June 25th, 1984, to Thomas and Pamela Gast in Kaukauna, WI. After Amanda graduated from Fox Valley Lutheran High School in 2002, she went on to study Education, English Literature, and Library Media at University of Wisconsin-Oshkosh.

After graduating with a degree in Education, she started her first job working for the Howard Suamico School District as a Library Media Specialist. Since then, she held teacher and library media positions for Magee Elementary, Brown County, Fox Valley Lutheran High school, UW-Oshkosh, Appleton Area School District, and most recently, Neenah Public Library.

In 2003 Amanda met Randy while they were both working at a local movie theatre and began dating the following year. They married in August of 2009, and through the miracle of IVF, went on to have twin daughters, Eliana and Elise.

Amanda was very passionate about reading (a favorite was Harry Potter), and spending time with family and friends as often as possible.

“To have been loved so deeply, even though the person who loved us is gone, will give us some protection forever.” – Albus Dumbledore, Harry Potter

Services will be held at Wichmann Funeral Home on Thursday, November 10th at 11am. Visitation will begin at 9am and continue until start of service. In lieu of flowers, the family requests donations to be made to Ascension St. Elizabeth Hospital Foundation, specifically for Women and Children. With having preemie daughters, and Amanda being a preemie herself, this is an area she felt strongly about.

To order memorial trees or send flowers to the family in memory of Amanda Maye DeCoster, please visit our flower store.