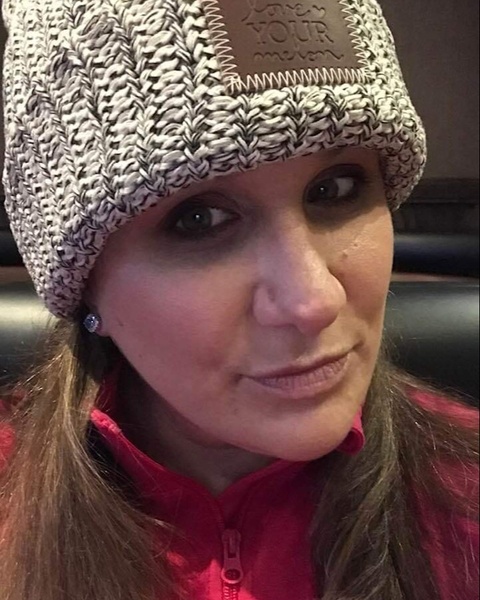 Allison Elizabeth (Guay) Reischl, age 40, passed away on Friday, September 9, 2022. Allison was born on December 1, 1981, in Two Rivers, Wisconsin, to Anthony and Leenette Guay. She graduated from Appleton West High School. Allison was a CNA at Peabody Manor while working towards her RN degree from Fox Valley Technical College. Two months before graduation, her daughter passed away. Even during her grief, Allison studied diligently and was able to receive her diploma on schedule. She then worked at ThedaCare-Neenah’s Medical/Surgical Unit until her passing.

Allison met Matthew Reischl in the spring of 2002 at a friend’s house. It was as some would say “love at first sight”. Matt had kicked some people out of a back room so Allison’s disabled daughter, Caitlyn, had a place to lay down. Then he and Allison talked for hours until the sun came up. At first, Allison said he was too young – that she had her daughter, wanted to focus on herself and what she wanted to do with her life. But she saw something special in Matt and decided to take a chance. It turned out to be true love – they were married on February 17, 2007.

Allison had many facets. She was the hard-working mother that gave her all no matter what; The angry mother bear if anybody hurt her family; The soft, kind mother to her children, and the most amazing wife anyone could ask for. As many knew, if Allison was your friend, she was your friend to the end. This is just a fraction of what Allison meant to Matt, Matthew, Anthony, family, friends, and so many others.

Allison was also the loudest parent at any sports event. The boys said they could hear her yell their name clear across the football field even during a game. Allison was a Packers fan, and the rest of their family are avid Bears fans. Packers/Bears games could obviously become a little rowdy. Allison and her family enjoyed spontaneous trips to places such as Chicago, Great America, or the Dells. She always said that they had the most fun on those unplanned trips. The family also looked forward spending weekends and holidays with Allison’s parents at their place up north, where they sometimes went to the lake or ATVing. Another love of Allison’s was camping. Being outdoors in an easy-going environment was a pleasant change from the hectic life at home. Her favorite campground was Pentoga Park in Iron River, Michigan, where she had spent many summers while growing up.

Funeral services for Allison will be held Sunday, September 25, 2022, at Wichmann Funeral Home, 537 N Superior St, Appleton. Visitation will be from 10 a.m. – 1 p.m. with services to follow. After the service, family and friends are invited to a gathering that will be held at The Bar on North Lynndale Drive, Appleton.

A GoFundMe page has been set up to assist the family with expenses. https://gofund.me/342a4bf8

To order memorial trees or send flowers to the family in memory of Allison Elizabeth Reischl, please visit our flower store.