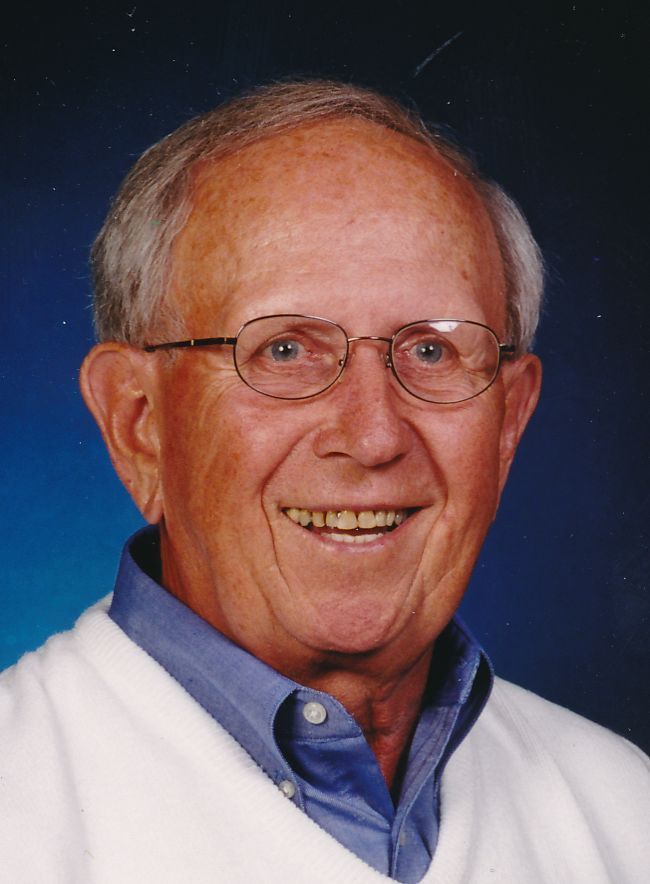 Alfred J. Malak, age 86, passed away from Parkinson's Disease early Tuesday morning, January 15, 2015, at Sebring Assisted Living Residence in Madison, where he has resided for two and a half years. Alfred was born in Beaver Dam on October 8, 1928, son of the late John and Cecelia (Froehlich) Malak, and attended St. Peter's School in Beaver Dam, and was a 1947 graduate of the Beaver Dam High School. In December of 1951, he joined the United States Navy and went to train at Great Lakes, Illinois. As a Gunner's Mate, he serviced aboard the USS Shadwell in 1951 from Nova Scotia to Thule, Greenland. On June 20, 1951, Alfred crossed the Arctic Circle and in September of that year began his service aboard the USS Olympus in the Eastern Atlantic and the Mediterranean. In 1952, he served on the Olympus again, in Operation Main Brace, and later in Operation Long Step.

After being discharge from the Navy in 1955, he worked at Monarch Range Company in Beaver Dam. A short time later, he worked for Thorp Finance Company as a loan officer in Port Washington, Madison, and Rhinelander, for several years. In September of 1955, Alfred married Phyllis Kronenberg, who had also attended Beaver Dam High School. In 1968, Al began work at Appleton's Valley Bank. He later was appointed Vice President of Consumer Credit. He retired on August 18, 1992, but continued to work part time reviewing loans after the bank became M & I. In all, he was employed by Valley Bank for twenty-five years.

During 1971 and 1972, Al attended the Graduate School of Banking at the University of Wisconsin in Madison. He often stopped on his way from Appleton to Madison to visit his mother Cecelia on Oneida Street in Beaver Dam. She would tell his sisters that Alfred was always dressed in beautiful suits, ties, and shoes.

Alfred was a Green Bay Packer fan, and attended many games. He suffered a spiral hip fracture while playing tennis in 2005, and was a rehab patient at Cherry Meadows in Appleton for several months. While there, Phyllis died in May of 2006. Al volunteered at the Appleton Senior Center, and was a member of the Fox Valley Golf Club and the Fox Cities Racquet Club. Al was well known for making his own golf clubs and enjoying the company of his close neighbors on Fairfield Court: Joan and Jerry Lorge, Judy and Paul Werner, and Mary Gear Lynch. Al and Phyllis had many social outings and loved to entertain their friends. Al enjoyed cookouts at their home and volunteering for fund raising events at St. Thomas More. He often spoke of his fondness for Fr. Falk, Sr. Betty, and Sr. Mary Rose.

Alfred is survived by two sisters: Constance Malak and Geraldine Malak, both of Middleton; a nephew: Jeffrey Beers (Sheila Felicijan) of Madison; two grandnieces: Roxanne Beers and Rachel Beers; and a sister-in-law: Geraldine Kronenberg of Portage.

The funeral liturgy for Al will be held at 11:00 AM on Saturday, January 17, 2015 at St. Thomas More Catholic Church, 1810 N. McDonald Street in Appleton, with Fr. Gerald Falk officiating. Interment will take place at 1:30 PM on Monday, January 19, at ST. Peter's Catholic Cemetery in Beaver Dam. Family and friends are invited to gather at the church on Saturday morning from 10:00 AM until the time of the service. Online condolences and memories may be shared at www.wichmannfargo.com.

While a resident at Sebring Assisted Living Residence, the staff often complimented him on his beautiful smile. They took such good care of him! The staff of Agrace Hospice was also most attentive to all of his needs.

To order memorial trees or send flowers to the family in memory of Alfred J. Malak, please visit our flower store.