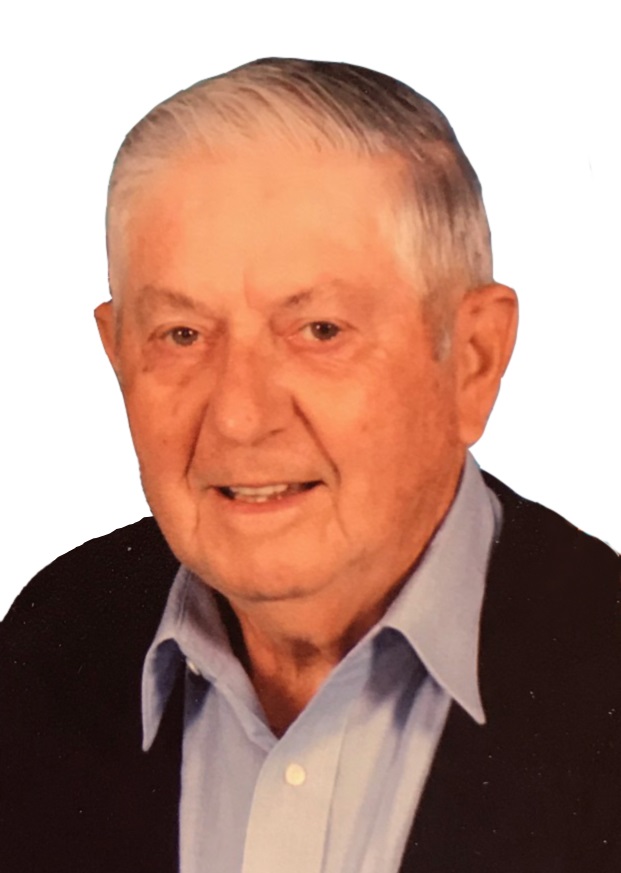 Alfred “Fred” Brochtrup, 92, passed away peacefully at his home on Thursday, April 8, 2021.  He was born on November 2, 1928, at home, the son of Bernard “Ben” and Olga (Bruecker) Brochtrup. Fred attended St. Francis School in Hollandtown and St. John’s High School in Little Chute.  On September 25, 1952, he was united in marriage to Mary Oberthur at St. Francis Parish, Hollandtown.  He was a member of the Kaukauna Lions Club, a blood donor, and an original member of the St. Francis Men’s Choir where he rarely missed a Christmas Eve Mass!

Fred farmed the majority of his life, along with working as a purchaser and Vice President at Keller Structures until his retirement in 1990.  Throughout his lifetime, he could be found playing sheepshead at many a card table.  His competitive side enjoyed participating in a good game of volleyball, softball, or tennis–almost as much as he enjoyed watching his children, grandchildren, and great grandchildren’s sporting events.   Yet, a favorite memory that will always bring a smile to those who witnessed it was his love of dancing (even when it was on the shuffleboard or occasionally on top of the bar at Van Abel’s!).   When his farming duties shifted, he enjoyed using his lawnmower to claim more and more of the farmland as lawn with every passing year!   He was a strong advocate of ‘eating dessert just for penance’–and his grandchildren and great grandchildren loved that about him!

Fred had the ability to light up a room and make friends with everyone.  He and Mary had many special friends too numerous to mention–whether at home in the Hollandtown area, at the family cottage in Eagle River, or their home in Punta Gorda, Florida.   He and Mary loved to travel to different destinations including Spain, Switzerland, Holland, and New Zealand to name a few.

Most importantly, he will be remembered for his strong faith, generosity, and love and pride for his family.  His motto was God # 1, Family # 2, Friends # 3, and Farming # 4.  It wasn’t uncommon to follow the ‘Happy Birthday’ song with ‘Hail, Hail, the Gang’s All Here!’   No family gathering would be complete without the meal prayer which he provided his own addition, “…..and thank you, God, for this wonderful family!” and his family joined in a hearty reply “All for Jesus!”

In lieu of flowers, a memorial fund is being established in his name.

The Brochtrup family would like to extend a heartfelt thank you to the staff of ThedaCare at Home Hospice and Home Instead for their exceptional compassion and care.  A special thanks to Father Willie Van De Loo and Dick Eiting for their special visits and distribution of communion for the past few months.

Dad – You were an amazing example and role model for all of us.  We will miss you dearly but know that the values you’ve instilled in us will live on for many years to come.  We find comfort that you went to our heavenly Father knowing we did all we could to keep you at home until your last breath.  We love you!

To order memorial trees or send flowers to the family in memory of Alfred A. Brochtrup, please visit our flower store.