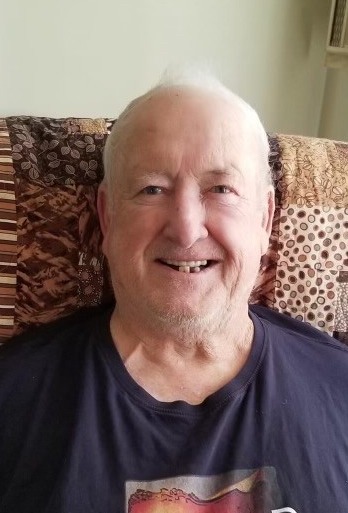 Alan Francis “Big Al” Williamson, age 82, of Kimberly, passed away peacefully on April 2, 2022 at Brewster Village in Appleton, surrounded by his loving family. Al was born January 25, 1940 to the late Sylvan and Mary (Poppe) Williamson in Kimberly. He had fought a long battle with cancer, with grace, dignity and positivity. He was a graduate of Kimberly High School, Class of 1958.

He was a longtime employee of the Kimberly Paper Mill in Kimberly for 30+ years. He was also employed part-time for over 27 years at Hofken’s Lumber. He was a very hard-working man.

Al loved his family and spending time with them, especially his grandchildren, and great-grandchildren. He enjoyed fishing, hunting and baking for friends and family. You could often catch him at Jefferson Park where he loved to share his fishing stories and spend time with his Jefferson Park buddies. He was known as the “Unofficial Mayor of Jefferson Park.” He was also known as “The Candy Man” because he always made and shared his own candy. Al had a huge heart and was known for his generosity. He was an active volunteer with the Kimberly Recreation Association. He also enjoyed time on Sundays at the Kimberly Amphitheater and volunteered with Special Olympics where he was known to cheer as loudly as possible for all the participants. Some of his other favorite activities included bonfires and working on puzzles.

He was preceded in death by his parents, his son Willy, brother Dick Williamson, brother-in-law John Landgraf and sister-in-law Rosemary Williamsen.

There will be a Celebration of Life for Al on Tuesday, May 3, 2022 from 4:00pm to 8:00pm at the Kimberly Municipal Complex, Evergreen Room in Kimberly. Please come in your favorite inspirational tee shirt, smiley face shirt or other fishing shirt.

For more information and to express condolences, please visit www.wichmannfuneralhomes.com.

Al’s Motto: “MAKE SOMEONE LAUGH OR SMILE EVERY DAY.

The family would like to extend a special thank you to the staff and nurses of ThedaCare Regional Cancer Center, ThedaCare at Home Hospice and Brewster Village for the care given to Al.

In lieu of flowers and other expressions of sympathy, a memorial fund will be established.

To order memorial trees or send flowers to the family in memory of Alan Francis Williamson, please visit our flower store.