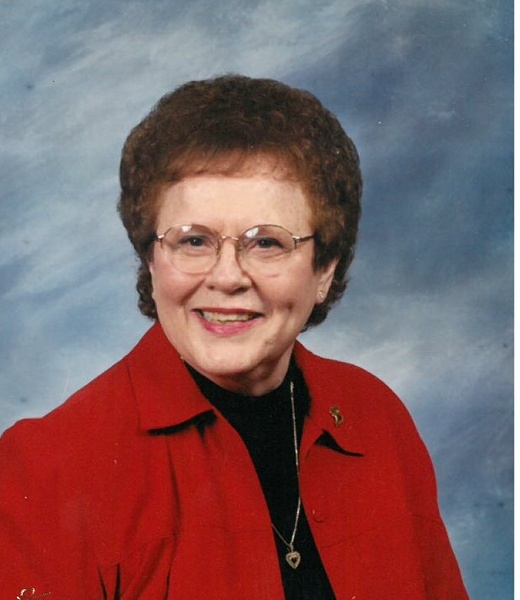 Agnes Johanna Smarzinski, age 94, of Appleton, passed away on December 31, 2021 at a local hospital. Agnes was born July 30, 1927 in Mackville, to the late Lawrence and Johanna (Wyngaard) DuFrane. She was a graduate of Kimberly High School. In 1946 she married Leander Schmidt and he preceded her in death on August 25, 1962. In 1970 she married Joseph L. Smarzinski and he preceded her in death on June 14, 1998. In addition to being a homemaker, she was also employed with Kimberly-Clark in Neenah for 30 years. She was a former member of St. Patrick Catholic Church in Menasha where she was active. Most recently she was a member of St. Joseph Catholic Church in Appleton.
Agnes loved her family and she enjoyed time with her children, grandchildren, and great-grandchildren. She also enjoyed singing with the Y-Nots at the YMCA, and in the choir at St. Pat’s. She had been an active member of St. Pat’s Red Hats.
She will be sadly missed by children: Jeffrey (Donna) Schmidt, Barb (Larry “Bear”) Mauthe, daughter-in-law Barbara Schmidt and step-son Paul Smarzinski, and stepdaughters Geraldine (George) Sim, Kathy Stelow, Margie (Terry) Grapengieser and Annette Grapengieser, , 10 grandchildren, Peter (Kara) Schmidt, Michael Mauthe, Steven (Stephanie) Schmidt, Christine (Bob) Andrews, Heide (Dave) Welk, John (Katie) Mauthe, Casey (Stephanie) Schmidt, Craig Schmidt, Josh (Amy) Schmidt, Patrick (Carly) Grapengieser, great-grandchildren, Grant and Chrysa, McKenna and Keira, Morgan and Alex J., Evan, Isabella and Anderson, Chrischianna and Alex T., Mallory and Theo, PJ, Ben and Leona, sister Delores Boudry and sister-in-law Lorraine Rehfeldt, as well as many nieces, nephews and other relatives and friends.
She was preceded in death by her parents, husbands, her sons, Dennis Schmidt and Patrick (Lynn) Schmidt, step sons-in-law Gary Stelow and Pete Grapengieser, sisters Frances (Carl) Zwiers, Myrtle (Herman) Sauer, Rosella (Ronnie) Verstegen and Rosella’s second husband Marv Schumacher, Carol (Lyle) Hietpas, brothers Levi (Mitzi) DuFrane, Ruben (Aileen) DuFrane, Harold (June) DuFrane, Lawrence “Tootie” (Marian) DuFrane, and Edward “Sonny” (Cathy) DuFrane, brother-in-law Jim Boudry as well as other brothers-in-law and sisters-in-law, and her beloved dogs Sassy, Muffin, Boomer and Charlie.
There will be a Mass of Christian Burial on Wednesday January 5, 2022 at 11:00am at St. Joseph Catholic Church, 404 West Lawrence Street in Appleton with Fr. Jim Leary OFM Cap officiating. There will be a visitation on Wednesday at the church from 10:00am to 11:00am. Interment will be at Sacred Heart Catholic Cemetery in Sherwood at a later date. For more information and to express condolences, please visit www.wichmannfuneralhomes.com.
The family would like to express a thank you to the staff of Eagle Court, especially Trevor for the heartfelt care given to Agnes.
In lieu of flowers, donations may be given to St. Jude Hospital in Agnes’ name.

To order memorial trees or send flowers to the family in memory of Agnes Johanna Schmidt-Smarzinski, please visit our flower store.