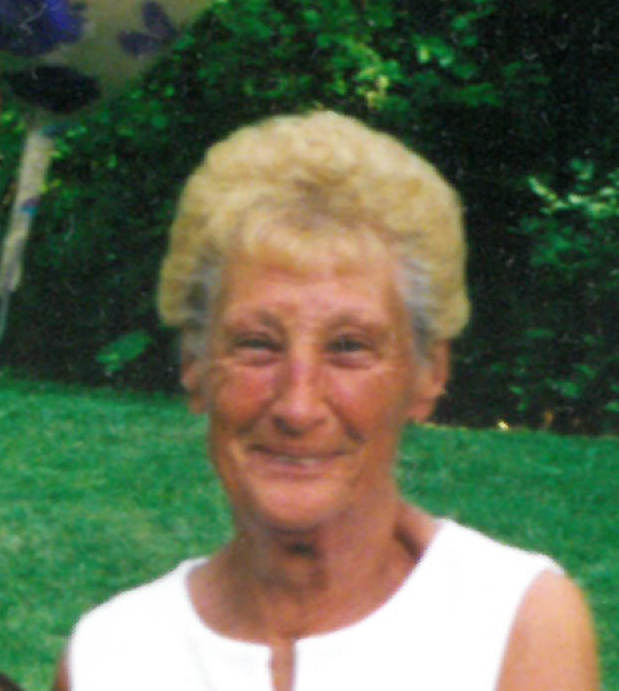 Amelia “Nana” Phyllis West, age 88, passed away peacefully on Sunday, March 4, 2018 surrounded by her family. Phyllis was born on January 18, 1930 in London, England to the late Arthur and Mabel Fuller.

While in England, Phyllis worked in the Land Army on the King's Estate during WWII. Phyllis worked in a nursery in London, where she met her life-long best friend, Doris Boblit. During this time she met Eugene West while he was stationed in Europe during the Korean War. Upon their engagement she moved to the USA and married Eugene on June 1, 1953. Eugene and Phyllis were stationed briefly in Louisiana before settling in Appleton, Wisconsin. In 1967, Phyllis became a naturalized US Citizen.

Over the years she focused on raising her children and many other children in her care. Phyllis' family fondly remembers her sharing her British culture with tea and crumpets, toad in the hole with Yorkshire pudding, beans on toast and Christmas poppers. She will be remembered for her adventurous spirit, including parasailing with her best friend, Doris in Jamaica at age 85. You never knew what she would say or do as she never backed down from a dare. Phyllis also enjoyed reading, knitting and basking in the sun. More than anything, Phyllis loved caring for and spending time with her family.

The memorial service for Phyllis will be held at 3:00 PM on Saturday, March 10, 2018 at Wichmann Funeral Home (537 N. Superior St., Appleton). Visitation and reception will be held from 11:00 AM until the time of service.

To order memorial trees or send flowers to the family in memory of A. Phyllis West, please visit our flower store.