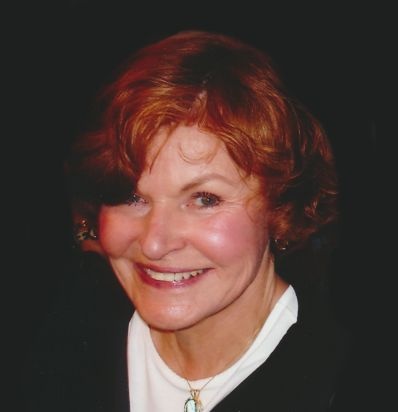 Marjorie A. (Koenig) Donovan, of Kaukauna, died on June 23, 2014, in Appleton while peacefully listening to Andrea Bocelli sing “Con te Partiro” and “Ave Maria” and being surrounded by her loving family.

Marjorie was born in Marshfield to Andrew & Marcella (Folz) Koenig on January 31, 1938, and was a 1956 graduate of Columbus High School in Marshfield. After living in Appleton for several years, Marjorie moved to Kaukauna in 1972 to raise her five children. She married Joe Donovan in 1985. After earning her degree in nursing from University of Wisconsin-Oshkosh in 1974, she worked as a Registered Nurse at Appleton Medical Center for twenty years.

She enjoyed spending time with her family, reading, politics, worldwide travel, cheering the Packers, her wildflower garden, decorating, and entertaining in her home. She loved antiques and that interest eventually led to the opening of On The Avenue Antique Mall in Appleton, where her passion was evident to and shared with all who ever visited. Those who knew her admired her style and grace; she was truly an elegant lady.

She also leaves behind Joe's mother, Ines Donovan; his brothers Tony and Mike Donovan; his sister Martha Opdahl: and his children Joey (deceased) (Rhea) Donovan and their children Abby, McKenna, Brady, and granddaughter Amaia; Tony (Connie) Donovan and their children Sophie, Katie, Henry and Maggie; Maria (David) Harland and their son Grayson; and special friends Sherry and Dennis Ahlman. She is further survived by nieces, nephews, many other relatives and friends.

In lieu of flowers, please make a memorial donation to the cancer research center of your choice. Condolences may be left in Marjorie's online guestbook at www.wichmannfargo.com.
The family wishes to extend their gratitude to the caring and professional staffs at UW Carbone Cancer Center, the oncology department at UW Hospital, Madison, and the oncology and ICU departments at Appleton Medical Center.

There will be a family remembrance for Marjorie at a later date.

To order memorial trees or send flowers to the family in memory of Marjorie Donovan, please visit our flower store.